Flying in a WWII B-17 Flying Fortress Bomber 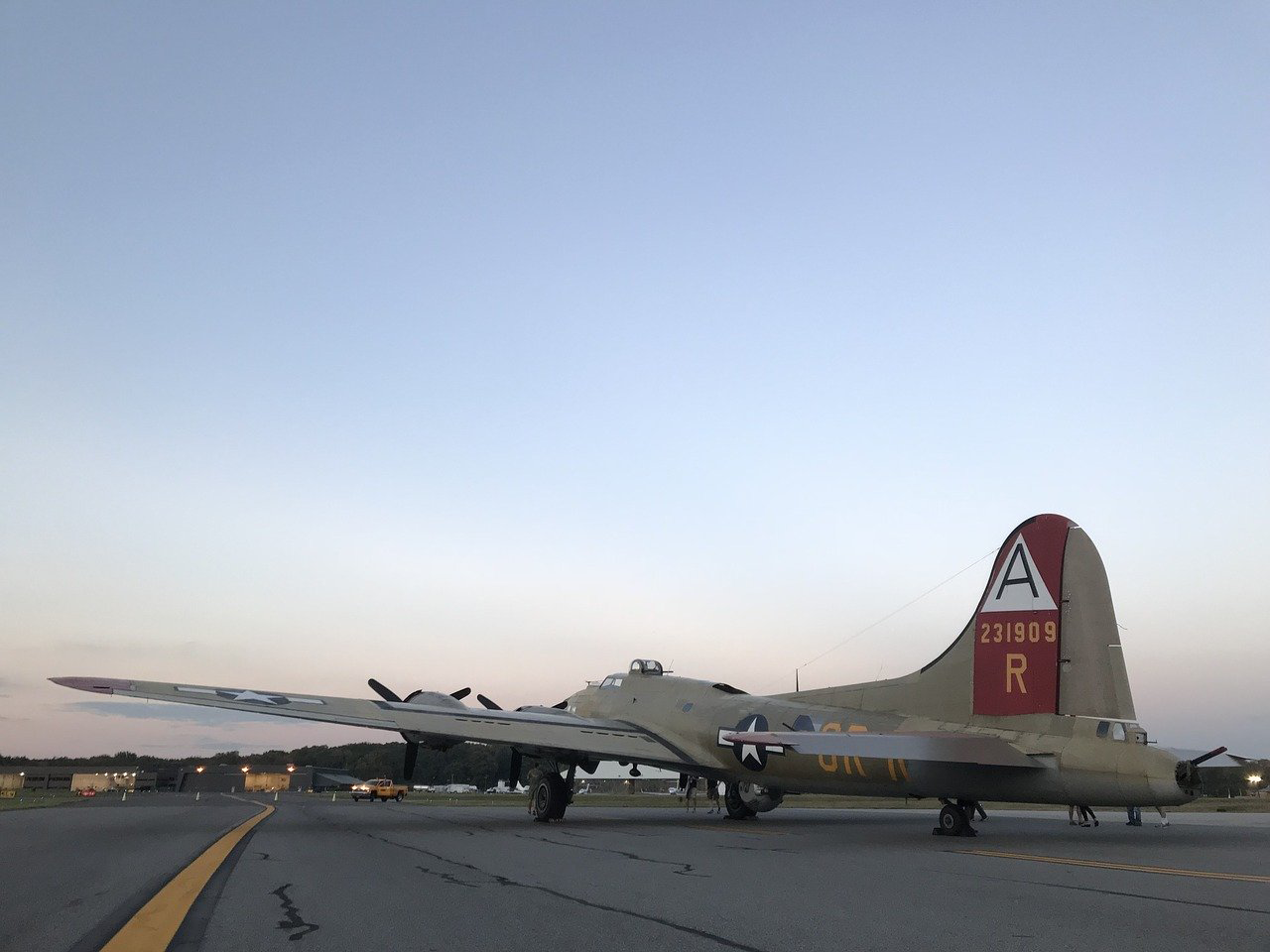 World War II was a fascinating time in history, and the events that took place during that conflict have helped shape American society and the world. The era is a personal interest of mine, and I have read many books on the topic and have seen almost every World War II movie. One of my most prized possessions is a very large 48-star US flag that was left to me by a relative. This flag, which flew in the European war theater, sparked my passion for WWII history. My hometown also watched over German POWs and used them as a workforce during the war, and the stories I heard about that further encouraged me to learn more about the time period. I have always had a great respect for the men and women who lived and fought during World War II, people who are known as the “Greatest Generation.” Many gave up their careers (and often their lives) following the bombing of Pearl Harbor on December 7, 1941 to fight for the freedoms that we enjoy today.

During the war, one of the most effective bomber aircraft was the four-engine Boeing B-17 “Flying Fortress.” Nearly 13,000 of these bombers (in various versions) were built, yet only 46 still exist in the world today. About 5,000 were destroyed in combat; the others were mostly scrapped to provide scarce metals after the war. Later versions of the plane featured 13 heavy (mostly 50 caliber) machine guns and could carry up to 18,000 pounds of bombs. Manned by a flight crew of ten, they could fly at 300 miles per hour for up to 2,000 miles at altitudes of almost 36,000 feet. Nearly half of all the bombs dropped in World War II came from B-17 airplanes.

One famous B-17, the Memphis Belle, had its story immortalized in the 1990 film of the same name. The Memphis Belle was one of the first heavy bombers to complete 25 combat missions with no crew fatalities. Considering that one in twenty WWII B-17 flight crew members died, this is quite an impressive record.  A signed photograph of the Memphis Belle crew hangs in my office today to remind me of their heroism.

As a life member of the Liberty Foundation, I was given the incredible opportunity to fly in the B-17. My thoughts raced as I buckled up in the seat beside where the radio operator would have been located, trying to envision what the crew members would have been thinking as they prepared for another mission, getting ready to fly over Nazi-occupied territory and eventually the fiercely defended German nation. The B-17 was essentially a “flying bomb” since it carried so many explosives. All it took was one lucky strike from the Luftwaffe (the German Air Force) or flak from shells being launched from ground guns to blast the Flying Fortress out of the sky!

I could smell the gasoline fumes as the four 1,200 horsepower engines fired up and roared. It was loud and windy in the plane because the windows had to be open for the guns. In World War II, the airplane would have been a miserable work environment because of the cramped quarters and very cold temperatures from the high altitudes and open windows. Each crew member would also have to wear a heavy flak jacket to protect against debris from the shelling. I’m sure each of them had an increase in their prayer life as the Flying Fortress soared into the sky to join other B-17s in a bombing mission!

As I recorded in my photos of the day, the walkway between the pilot and the gunners was less than six inches. Step off that narrow plank, and you might find yourself falling out of the bomb bay doors! The cockpit offers amazing views, but some of the very best can be found in the glass nose of the plane located under the pilots, where the bombardier sat to spot the target and release his bombs. This was a dangerous position, as the bombardier was exposed to gunfire from both the ground below and the air as he sat in his Plexiglas bubble.

It was an exhilarating experience once we were airborne to be able to move around the plane and sit in the different crew members’ seats, imagining their thoughts and actions so many decades ago. The upper gun turret had been removed, so I was able to stick my head and video camera out of the hole to view and film the countryside as the plane zoomed by at 140 miles per hour.

While on a mission, the B-17 bombers would fly in close formation so the firepower of their machine guns could concentrate on enemy aircraft. A lead plane would be designated to spot the target, drop its bombs, and then the other squadron of bombers would follow suit. As I handled the 50 caliber machine guns with their five-inch bullets, my thoughts turned to the gunners who had to take aim at attacking German and Japanese fighter pilots (some using new jet planes) while avoiding shooting the B-17 flying next to them...all while being shot at themselves! It would have been a difficult, harrowing task requiring nerves of steel.

In the early stages of World War II, the Luftwaffe controlled the skies over most of Europe. I could imagine the tenseness as the B-17 flew over German-occupied territory with ground guns shooting their exploding shells, called flak, into the air in hopes of hitting the plane. The flak was aimed particularly toward squadrons flying close together in formation. (On night runs, the planes also had to face down brilliant, blinding ground spotlights.) Germans would surround cities or other valuable locations with sixteen large caliber guns set up in a circle. This would force the B-17s to fly through a wall of flak from large ground anti-aircraft guns as the Flying Fortress pilots sought to unload their bombs on the target. Once the payload was delivered, the B-17s had to fly back, facing additional Nazi offensive attacks along the way. The rugged B-17s would often return with many of their working parts shot up, but the Flying Fortress earned its reputation as one of the toughest planes to fly in World War II.

Finally, the plane prepared for landing. I thought about the relief that air crews must have felt when their planes crossed over the English Channel or other Allied-controlled territories, signifying a return to friendly territory. Eventually, they would land in England, resting for a brief time before facing the next threat. Although crew members were required to fly a minimum of 25 combat missions before returning to the United States, some were called back to duty for another 25. However, others stayed behind to complete 30 missions to avoid having to return from the states for a second tour of duty.

As the B-17 landed and was parked, I thought of all of those brave men who sacrificed their lives in Flying Fortresses like the one on which I had just flown, never to return home to their families. Even those who did return often refused to talk of the horrific things they had seen, done, or experienced in the war. Their mental scars were deep, even if the physical wounds eventually healed. My gratitude goes out to all of the veterans who have made America the land of freedom that it is today, and to the Liberty Foundation for allowing me to experience a brief glimpse of what it was like to take to the skies in a Flying Fortress.

Mike DuBose may be reached by e-mailing mike@dubosegroup.com. For more information about the B-17, WWII history, and loads of photographs, please visit the non-profit libertyfoundation.org.

Mike DuBose, a USC graduate, is a former licensed counselor and the author of The Art of Building a Great Business. He has been in business since 1981 and is the owner of four debt-free corporations, including Columbia Conference Center, DuBose Web Group, Research Associates, and The Evaluation Group. Visit his nonprofit website www.mikedubose.com for a free copy of his book and additional business, travel, and personal articles.

Blake DuBose graduated from Newberry College’s Schools of Business and Psychology and is president of DuBose Web Group. View our published articles at www.duboseweb.com.

Katie Beck serves as Director of Communications for the DuBose family of companies. She graduated from the USC School of Journalism and Honors College.

© Copyright 2015 by Mike DuBose—All Rights Reserved. You have permission and we encourage you to forward the full article to friends or colleagues and/or distribute it as part of personal or professional use, providing that the authors are credited. However, no part of this article may be altered or published in any other manner without the written consent of the authors. If you would like written approval to post this information on an appropriate website or to publish this information, please contact Katie Beck at Katie@dubosegroup.com and briefly explain how the article will be used and we will respond promptly. Thank you for honoring our hard work! 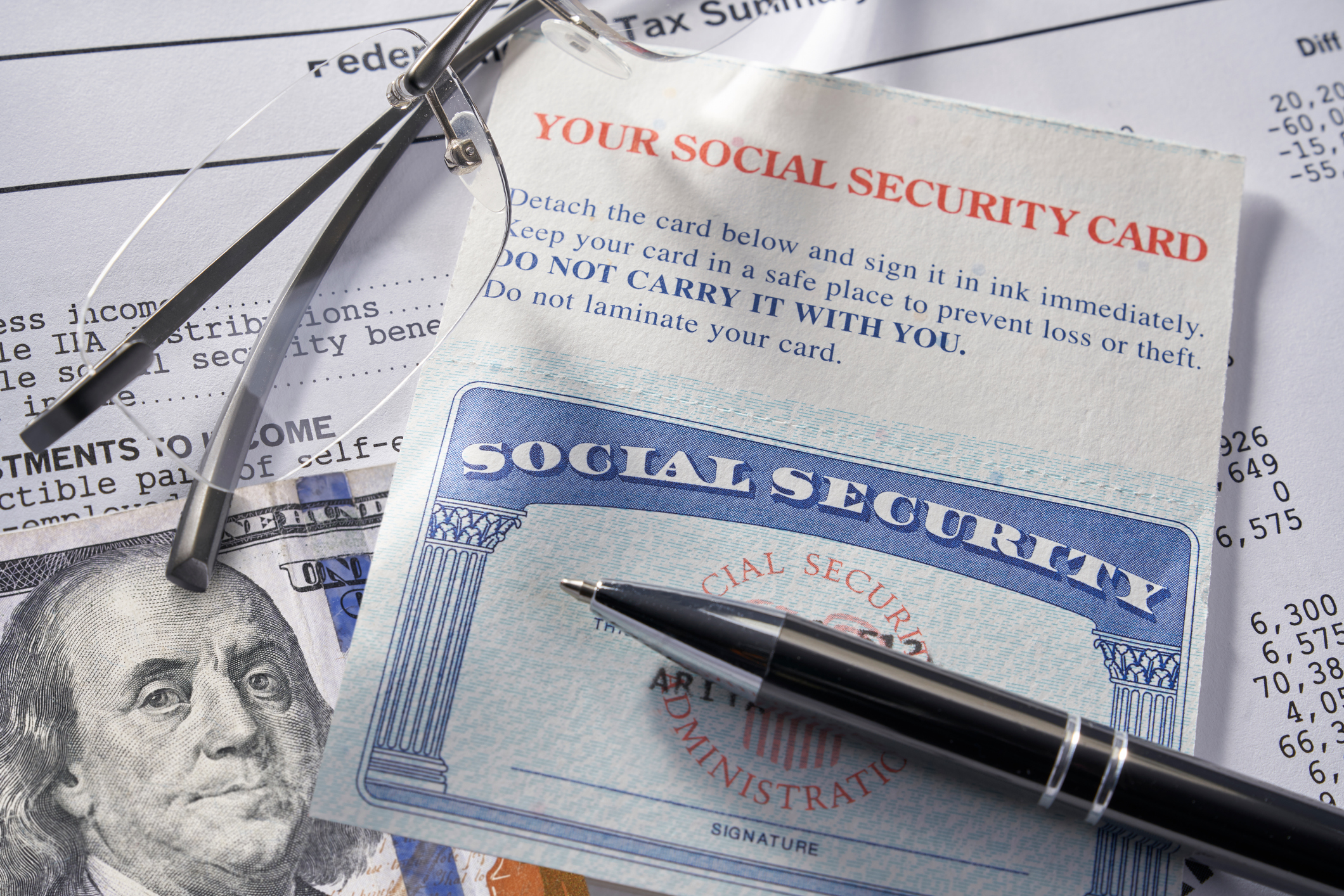 Social Security Tips You Should Know: A Guide to A Secure Retirement 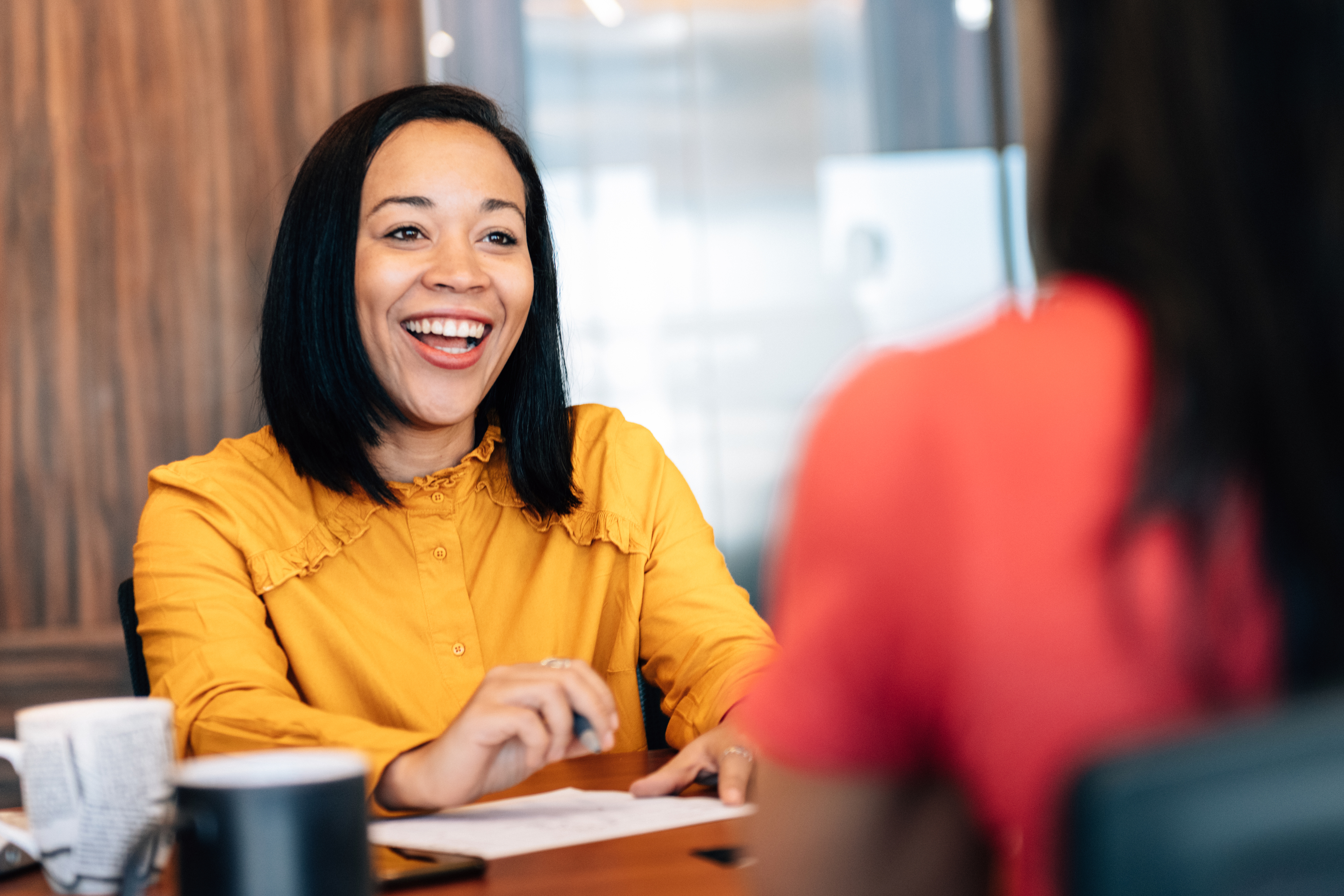 How to Find Work In Good Times and Bad 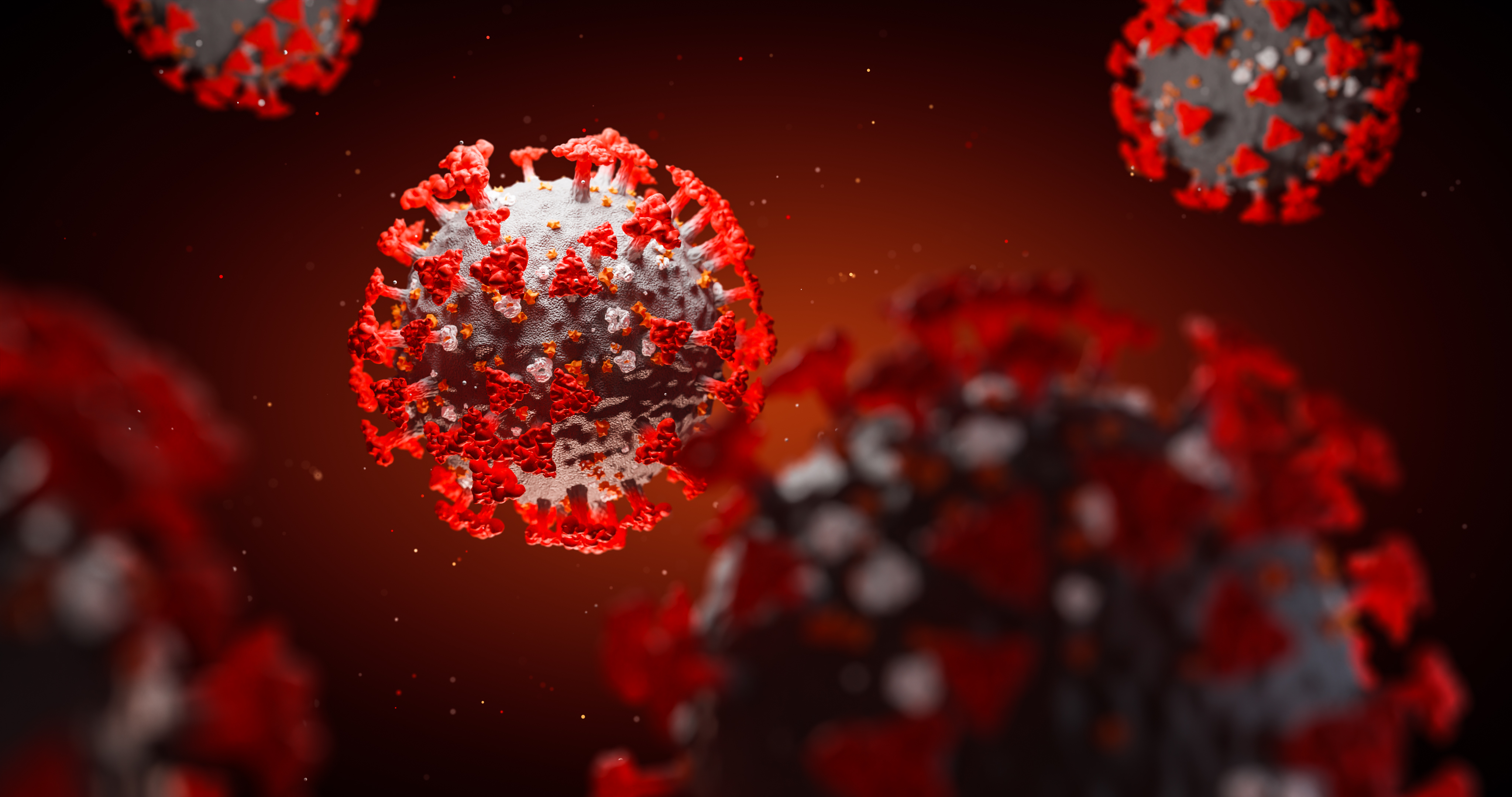 Coronavirus: Facts You Should Know